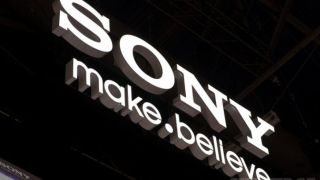 TOKYO—Sony has announced the launch of a $100 million fund to support those around the world affected by the coronavirus pandemic.

The fund will target three areas: supporting frontline medical professionals and first responders to fight the virus; aiding children and educators who must now work remotely; and supporting members of the creative community in the entertainment industry, “which has been greatly impacted by the spread of the virus.”

Sony said it will also match donations made by its 110,000 employees worldwide. It added that it will seek to provide aid to various creative sectors where it is a stakeholder—motion pictures, television, music, games and animation.

Netflix has already pledged $100 million for out-of-work production professionals, as well as donating £1 million to the Film and TV Emergency Fund established by the BFI and Film and TV Charity.

In a statement Sony said: “Together with its group companies engaged in the entertainment industry, Sony will seek ways to support up-and-coming creators, artists and all those in professions supporting the industry, who have been impacted by the cancellation or postponement of concerts and live events, or the shutting down of film and television productions.”

This story was originally published by TVT's sister publication TVBEurope.