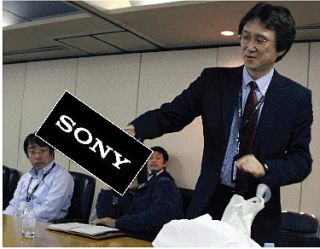 Seeking to impress representatives from a wide variety of U.S. digital production and post trade publications, Sony recently invited a selection of 10 said scribes to visit three of their facilities in Japan: the R&D-heavy Atsugi Technology Center located outside Tokyo, the company’s impressive world headquarters in the capitol’s downtown, and the huge, state-of-the art sensor factory known as the Kumamoto Technology Center, located in the southern end of the island nation.

During our whirlwind tour, the Sony team delivered a series of presentations that would have impressed even the most cynical tech maven, if only by virtue of the overwhelmingly vast breadth and depth of the company’s offerings.

In a series of briefs, I’ll break down some of the most interesting new developments, all of which will be on display at the upcoming 2011 NAB Show in Las Vegas (April 11-14).

Perhaps of most interest to the DV readership is a trio of new camcorders that greatly expand Sony’s NXCAM line, one featuring a Super 35mm sensor, the second a twin-lens 3D configuration, and the third a compact, water/dust-resistant body.

Unfortunately, while the event’s attending journalists were allowed to extensively photograph these three cameras — all of which were represented by working models (no balsa mock-ups here) — we have been asked by Sony to not share the images with readers until March 23. (Hence my unofficially “censored” images from the event here.) So the following will concentrate on the specs and general impressions made by the demonstrations of each unit.

Since Sony’s announcement of the PMW-F3 — which features a Super 35mm-sized Exmor CMOS sensor — it’s been clear that the company is serious about addressing the mid-range large-sensor market that has exploded around the DSLR craze, capitalizing on popularity of the compact form factor, shallow depth of field, low-light sensitivity and overall cinema-like images that are hallmarks of this scene. (Not to mention the relatively modest entry-point prices.) The F3 instantly became an interesting counterpart to Sony’s flagship SRW-900PL and F35 cameras, capable of using the same PL-mount cine lenses. The obvious competitors in this space are Panasonic’s new AG-AF100, as well as the many RED One cams out there that have yet to undergo an MX transplant.

Note that there’s plenty of NAB news to be had about the F3 as well, including the interesting announcement of two new Sony lenses — a wide-angle T3 11-16mm and a to-be-determined T3.8 (wide) high-power optic in the 10x to 14x range. These zooms would join the 35mm, 50mm and 85mm prime “kit” lenses available as part of the F3 bundle package. But more on all of that later.

During Sony’s afternoon presentation at the Atsugi Technology Center, a conspicuous lump hidden under a white cloth was dramatically revealed to be a new camera that’s clearly going to make waves at this year’s NAB Show:

Priced at under $7,000, the modular AVCHD S-35mm unit features a boxy body, large top-mounted screen/viewfinder, sturdy mike extension that doubles as a carry handle, and a right-side hand-hold grip — the latter two components being easily removed to convert it into a compact, studio-type camera.

During Sony’s presentation of the S-35mm, one journalist taking pictures of the unit noted that the look-down orientation of the screen/viewfinder reminded him of a Hassleblad film cameras:

The company executives and engineers in attendance seemed happy by this comparison to one of the best-designed and engineered pro cameras of all time. I'm wondering, however, how comfortable the camera's unique configuration will be during handheld sessions.

The overall first impressions of the S-35mm were very good, in part due to an demo short expertly shot with the camera, clearly illustrating its image-making attributes, which include off-speed shooting with a very efective slow-mo capability.

Next up in the NXCAM family was the new Compact Size Camcorder, which is priced at under $3,500, features 96GBs of internal memory and boasts a unique water/dust resistant body that would make it a rugged documentary unit.

Superficially, the Compact Size Camcorder is similar-looking to JVC’s popular HM100, featuring a detachable audio module with shotgun mike, viewfinder and lens shade. But the Sony unit looks to be even smaller, breaking down into a tiny, unobtrusive camcorder that would create a tiny footprint even in the most challenging shooting conditions.

We were cautioned that the Compact Size Camcorder is water resistant, not waterproof, and should not be totally submerged. But knowing that even a strong downpour or surf conditions won’t create a shooting disaster for this cam will be a tremendous relief to some potential customers prone to adventure-style production. Also, salt water will adversely affect the unit, so it was suggested that the camcorder be rinsed with fresh water after any such exposure.

Finally, we were introduced to the twin-lens NXCAM Compact Size 3D Camcorder, which is priced at under $3,500 and features a bright, very effective 3.5” glasses-less 3D screen.

During dinner that evening, we were able to shoot with the Compact Size 3D Camcorder in a casual setting, and I found it to be very easy to use, with the 3D screen allowing the operator to easily set up effective stereo compositions sans glasses. The screen is bright and sharp and the stereo effect is quite remarkable.

The screen can be re-configured for 2D with the press of a button, and a switch on the back panel above its very small battery pack quickly reverts the camera itself into a capable 2D unit (using only the left lens/sensor). It also has a still-shot capability with flash.

One could easily see how this 3D cam could easily be used in conjunction with Sony’s other two interesting 3D camera solutions that will be at the NAB Show. Yes, two others — and more on them later.

Again, photos of all three NXCAM cameras will be made available after the March 23 embargo.