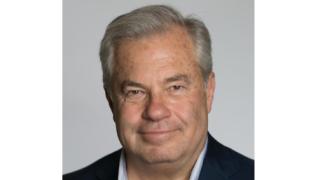 ATLANTA & SEATTLE—Greg Bilte, after a 41-year career in television broadcasting, will be retiring from his current position as vice president and general manager at Seattle’s CBS affiliate, KIRO-TV, on June 30, according to Cox Media Group.

Bilte’s career began in 1979 as an account executive at KXLY in Spokane, Wash., before he took on roles at Telerep and as a national sales manager for KTTV-Fox in Los Angeles.

In 1995, Bilte began working from CMG at KTVU-Fox in San Francisco as a national and local sales manager, before eventually being promoted to general sales manager first for the sister station KICU and then for KTVU. In 2013, Bilte was promoted to vice president/general manager of CMG’s KOMI-Fox and KMYT-MyNet in Tulsa, Okla. Then in 2016, he took over in his current role for KIRO-TV.

“The common themes that have been plainly evident throughout Greg’s career are his dedication to the communities he has served and the meaningful relationships he has developed with his employees and customers,” said Paul Curran, CMG’s executive vice president of television. “We will miss him but are incredibly happy that Greg will now have ample time to dedicate to his family in this next chapter of his life.”

“While I do look forward to my retirement, I will miss my team and colleagues at CMG and am extremely grateful for their rich friendships I have built during my career here,” said Bilte.

CMG said that Bilte’s replacement at KIRO has not yet been named.