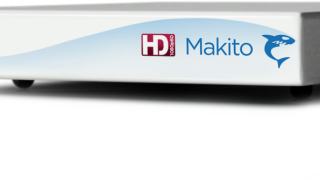 Haivision featured its Makito encoder last week in Orlando as part of its IP video solutions lineup at the I/ITSEC 2012 show.

The Makito X2 H.264 1080p60 performance encoder offers extreme encoding with double the quality and double the density. Used in conjunction with the Furnace system, the next generation Makito X2 encoder combines a market-proven feature set with a six-fold increase in encoding power to deliver quantum advances in picture quality and density. The Makito X2 delivers superb high-quality HD video using half of the bandwidth of comparable encoders.