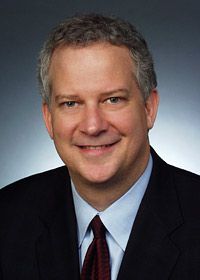 WASHINGTON: John Lawson has become the new executive director of the Mobile500, the TV station consortium promoting MobileDTV. Lawson’s duties will include nationwide promotion as well securing content deals and getting the receiver chips into consumer devices.

He was most recently executive vice president of ION Media Networks, and the head of the Association for Public Television Stations before that.

“This is a key organizational step in our goal to accelerate the availability of Mobile DTV to consumers,” said Colleen B. Brown, president and CEO of Fisher Communications and president of the Mobile500 Alliance. “John brings the leadership focus and experience we need to take the Mobile500 Alliance to the next level. He knows our industry, he understands the technology, and he has proven leadership and organizational skills,”

The Mobile500 Alliance stepped out in September with a coalition of 30 companies comprising 340 full-power TV stations in 167 markets.

As chief of the APTS, Lawson negotiated a blockbuster cable carriage agreement for the PBS multicast signals of his member stations. He was a founding board member of the Open Mobile Video Coalition and was elected to its first executive committee. He also served on OMVC’s business and public affairs advisory groups. In April, Lawson re-launched his strategic consulting firm, Convergence Services, Inc., which he will retain while serving as executive director of the Mobile500 Alliance. -- Deborah D. McAdams