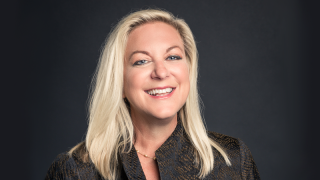 ATLANTA—Kim Guthrie is exiting the roles of president and chief executive officer after 22 years with Cox Media Group, the company announced.

Steve Pruett, executive chairman of CMG, will serve as interim CEO until a permanent selection is hired. Guthrie is expected to assist Pruett on the transition.

“On behalf of the Board of Directors, we would like to thank Kim for her decades of service to Cox Media Group and her leadership during the company’s transition to new ownership,” said Pruett. “She has been instrumental in positioning CMG for future success as an industry-leading media company.”

The new leadership that Pruett refers to is the majority acquisition of CMG TV stations by Apollo Global Management, which was first announced in February 2019.

“We have built a strong foundation for future growth, including an exceptional senior management team, a successful carveout from Cox Enterprises and deep, long-term relationships with our communities, customers and partners,” said Guthrie. “I have full confidence in this great team at CMG and I look forward to watching CMG’s future achievements.”