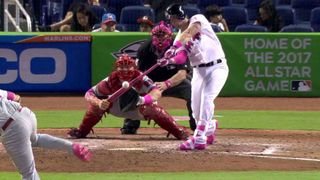 NEW YORK—Sixty percent of U.S. households have kept their pay-TV subscriptions because of live sports, but with the coronavirus pandemic shutting down all live sporting events, the effect could be an acceleration of cord cutting, according to a survey from The Trade Desk

The Trade Desk survey also indicated that 64% of respondents with at least one screen have cut the cord with cable TV, are planning to cut the cord or never subscribed. Here it is broken down by age group:

The fact that the much coveted viewers, ages 18-34, are less likely to sign up for pay-TV means TV broadcasters and advertisers will have to develop new strategies for reaching them, the researcher said.

The pandemic has forced viewers to shelter from home and the result is a rise in media consumption. Of those households that do still have cable TV subscriptions, 11% plan to cut the cord by the end of the year. That figure jumps to 18% within the 18-34 age group. This data represents a significant increase over the approximately 3% annual decrease in traditional pay TV subscriptions as predicted by eMarketer in July 2019 (prior to the stay-at-home directives).

These trends are expected to accelerate the longer that live sports programming remains suspended in the U.S., according to The Trade Desk.

“With only a quarter of young adults having any long-term interest in traditional cable TV, in a few years we won’t be talking about linear or cable TV at all. It will all be online and streaming,” said Brian Stempeck, chief strategy officer, The Trade Desk. “For broadcasters and advertisers, it’s now all about how quickly they can pivot to where the eyeballs are moving and many of them are already investing heavily in order to succeed in a world of connected TV.”

The survey indicates that American TV consumers favor ad-supported streaming over subscription-based streaming as more and more Americans watch TV content via connected devices such as smart TVs—and 18-to-34-year-olds are once again leading that trend. Overall, 35% of these consumers would rather watch a free streaming service with advertising or some ads for a cheaper subscription, versus 31% who would prefer to pay for a subscription with no ads.

“As more consumers shift to connected TV, broadcasters and advertisers can more easily address issues of ad frequency and ad volume, in ways that are not possible in a traditional TV environment,” said Stempeck. “With CTV, the advertiser can work with an ad tech partner to understand who was exposed to an ad, even across devices, and can reduce ad frequency as a result. In addition, with CTV, advertisers can apply more data science to their advertising, making it more relevant to the consumer without compromising their privacy. This increases the value of the ads, which means lower ad volume, over time.”