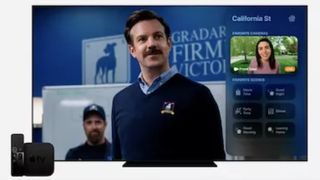 CUPERTINO, Calif.—Apple has released tvOS 14, the latest iteration of the operating system found in Apple TV connected TV devices, as well as smart TVs from Vizio and other electronics brands.

Like most OS upgrades, the improvements are in the fine details. For example, Apple’s $179 Apple TV 4K debuted back in 2017 with support for HDR10, Dolby Vision and Dolby Atmos. But due to a dispute with Google over 4K video codecs, tvOS didn’t support 4K videos on YouTube … until now, with the launch of tvOS 14, which supports the VP9 codec.

The new OS offers expanded support for picture-in-picture, which was previously available only within the Apple TV app. Now it’s enabled on pretty much any app you use on tvOS devices, meaning you can keep watching what you’re watching while moving around the Apple TV interface.

There’s new multi-user support for Apple Arcade—all games save in progress now for every member of a family, for example.

Perhaps most notable is support for devices powered by HomeKit, Apple’s home automation platform. Apple TV users will see a live video feed from a HomeKit-enabled smart doorbell, in the form of a floating thumbnail, when someone’s at the door, for instance.

The upgrade is available for fourth-generation Apple TV devices, including the Apple TV 4K.

Apple is expected to release the next iteration of Apple TV hardware next year.