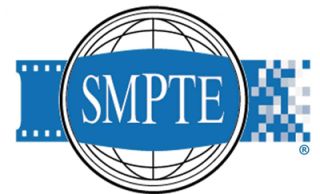 This is the first project that SMPTE has undertaken to electronically publish machine-readable metadata as a standard that is expected to be used operationally rather than by application developers. It is expected to significantly streamline media asset management around the globe, the organization said.

Conceived by WarnerMedia, MESA supports the LMT Working Group as one of its communities of practice. LMT, based on IETF BCP 47 (Internet Engineering Task Force Best Common Practices) guidelines, is the first list of language codes vetted and approved as an industry standard for media and entertainment. It greatly benefits media companies, content owners, video service providers and others who need standardized distinctions between spoken and written language and consistent codes. Other international standards bodies have created controlled vocabularies; however, they are broadly used for many purposes. The constraints of the LMT provide a controlled vocabulary for what is needed in the professional media industry.

LMT codes will be used for a plethora of content-oriented applications, such as audio, written and timed text like closed captions and subtitles, accessibility for the visually and hearing impaired, licensing and localizing international content and distributing non-English content.

“Having an authorized system of consistent codes reduces the Tower of Babel and simplifies development work by enabling all parties to work off the same table,” said Yonah Levenson, manager, Metadata Strategy and Terminology Governance at WarnerMedia and founder for LMT. “SMPTE’s publication of LMT will help everyone manage their media assets by removing cumbersome processes like maintaining mapping tables and having different payloads for different distributors.”

The MESA-organized LMT work group committee of data experts are helping to share and expand the standards table, and have created universally accepted language terms, definitions, examples and templates for more than 200 language codes and display values, with more in development. These members include HBO, Turner, Warner Bros, Disney, WWE, NBCUniversal, Paramount, Sony Pictures, Showtime, Lionsgate, Fox and other organizations.

“We have long regarded the LMT as a critical tool for the future of media and are excited to see it join the ranks of SMPTE’s foremost industry standards,” said Mary Yurkovic, Smart Content Community Builder at MESA. “This brings together the hard work of MESA members, standards groups and top metadata experts, who are tackling all the industry’s nomenclature one classification at a time.”

LMT will be published in SMPTE’s Registration Authority (smpte-ra.org), a highly sanctioned and publicly accessible database with registers of metadata elements, unique identifiers, values and more for the media and entertainment industry.

To ensure the LMT registry keeps evolving, SMPTE will use its public committee draft (public CD) process, which provides open documents that are distributed for review and commented on by industry professionals prior to completion of the full standardization due-process. The LMT programming tools will also be available as opensource code to developers worldwide, and as with any registry SMPTE maintains, the LMT entry will facilitate interoperability.

“SMPTE’s work on LMT is a crucial step in addressing the broad challenges and complexities around sharing data and content in the media and entertainment industry. We are grateful to MESA for choosing SMPTE as a home for this standard,” said Bruce Devlin, vice president of SMPTE standards. “Anyone involved in international distribution will greatly improve their media asset management workflows thanks to the new standardized language codes this introduces.”

Aided by MESA, the work group will continue within the rules of SMPTE’s due process to further define and document its policies and procedures, update additional languages and partner with organizations including EIDR, ISDCF, and MovieLabs to strengthen LMT and support broader adoption.