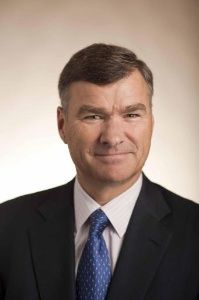 EL SEGUNDO, CALIF.: Satellite TV provider DirecTV has selected Michael White as its new president and CEO. White announced in September he would retired later this year from his current position as CEO of PepsiCo International and vice chairman of PepsiCo. He will assume his new role at DirecTV as of Jan. 1, 2010.

White has already joined the DirecTV board of directors, according to board Chairman John Malone. He’ll be taking over for Larry Hunter, who’s served as interim CEO since June, when Chase Carey stepped down to become chief operating officer of News Corp.

Since joining PepsiCo in 1990 as vice president of planning for Frito-Lay North America, White held many senior positions at the company. He led a transformation of PepsiCo’s international business and helped engineer several acquisitions, including the pending agreements to acquire the company’s two largest bottlers, the Pepsi Bottling Group and PepsiAmericas. Prior to PepsiCo, White held executive positions at Avon, Bain & Co. and Arthur Andersen.

DirecTV’s main competitor in the DBS arena is EchoStar and its programming spin-out, Dish Network. EchoStar also announced the appointment of a new chief executive this week. Michael T. Dugan was promoted to president and CEO from within the company.

In a separate announcement, shareholders of approved spinning out Liberty Entertainment and DirecTV as subsidiaries of a holding company. Analyst consider the move as a strategic step toward divestment.