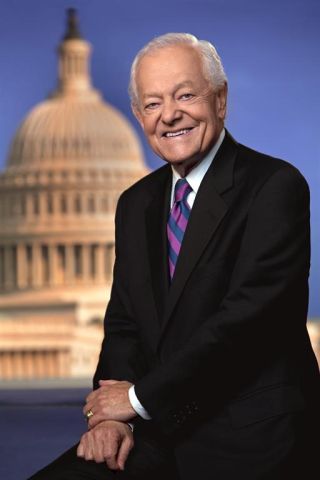 WASHINGTON— The National Association of Broadcasters announced today that Bob Schieffer, CBS broadcast television journalist, will receive the NAB Distinguished Service Award during the 2013 NAB Show. The award will be presented at the Blackmagic Design-sponsored opening keynote on April 8 in Las Vegas.

“For more than 50 years, Bob Schieffer has been an eyewitness to history’s biggest stories and respected as a preeminent journalist of his generation,” said NAB President and CEO Gordon Smith. “In recognition of his dedication and profound impact on journalism, we are proud to present him with the Distinguished Service Award.”

2013 marks Schieffer’s 56th year as a reporter and his 44th with CBS News. He is one of the few journalists to have covered the White House, the Pentagon, the State Department and Capitol Hill. He has also moderated three presidential debates.

Schieffer has served as the moderator of CBS’ Sunday morning talk show “Face the Nation” since 1991. He anchored the “CBS Evening News” from March 2005 to August 2006. Since 1982, he has also served as CBS News’ chief Washington correspondent.

Schieffer’s contributions to broadcast journalism have been widely recognized with honors and awards, and Schieffer’s alma mater Texas Christian University created the Schieffer School of Journalism in 2005.