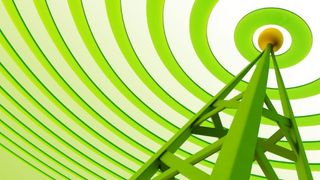 WASHINGTON—This year's Nobel Prize for economics went to the Stanford professors who came up with the auction theories and models the FCC has used for its competitive bidding spectrum auctions in the past quarter century-plus since Congress allowed that.

Those include the two-sided broadcast incentive auction and the method for assigning frequencies to auction winners. Professors Paul Milgrom and Robert Wilson came up with a new format, the simultaneous multiple-round auction, which started bids at a floor price and then raised the price incrementally, which they argued leads to a more accurate valuation of the asset being auctioned.

The Computer & Communications Industry Association (CCIA), whose members have benefitted from the FCC's various auctions, saluted the winners.

“The discoveries Milgrom and Wilson made decades ago are benefiting people around the world more than most know. Their theories paved the way for spectrum auctions that have helped buyers, sellers and taxpayers," said CCIA. "This deployment of spectrum now helps meet the growing demand for internet connectivity—connectivity that is more critical than ever during the pandemic. We are glad to see them getting well-deserved recognition for work that benefits so many people.”