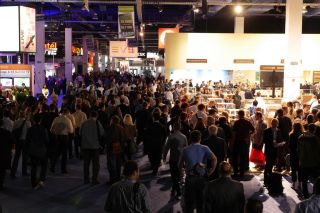 Over 90% of respondents to TV Technology's sister publication TVBEurope’s survey looking at the impact of NAB’s move to October in 2021 said they think a permanent date change would not be in the best interests of the media tech industry.

Following last week’s announcement that NAB 2021 will take place less than month after IBC, TVBEurope asked readers to share their thoughts on the date change.

On the question as to whether a permanent date change would be in the best interests of the industry, respondents offered a variety of reasons:

“When it comes to showcasing new technology, most vendors will do a big launch at the first event and have a much smaller (if any) presence at the second event. Also, event fatigue is a thing, so its unlikely that NAB 2021 will have quite the same buzz,” said one.

“It’s not going to be permanent… but if it is, then the world is better off with one strong and ‘truly international show’ than two weak and/or regional shows. In that case, NAB is probably the winner,” stated another.

Other responses included, “Completely bonkers from a practical vendors perspective!”, ” Maybe trade shows have had their day?”, and “This seems like a strategic move for one to consolidate into the other and potentially have two smaller show which span geographies.”

Asked if the move would change their attendance at both shows, 44% of respondents said it is too early to determine, while 37% said they will attend IBC only. Only 10% said they intend to visit both shows, compared to 84% who said they would normally attend both IBC and NAB.

Another key area of insight was around how the change of date has affected their likely trade show attendance, with 61% citing ‘purpose’ as the major reason, that both major shows being so close together reduces their value. In addition, 19% said the closeness of the dates meant it would not be possible to attend both shows.

Among responses from readers were issues around the uncertainty of the coronavirus pandemic. “Many enterprise-scale media organisations have travel restrictions in place through the end of 2021, meaning lots of buyers won’t attend either NAB or IBC next year,” said one respondent. “And, if these shows become ‘local’ or ‘regional,’ they lose much of their value (much more so than them being close together).”

Other responses included, “As a value added reseller, October is a too busy a time catching end of year customer investments to spend a week in the U.S.,” and “It is hotter and more humid in Las Vegas in October than it is in April.”