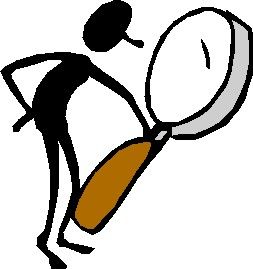 WASHINGTON: KCET-TV, the former flagship PBS member station in Los Angeles, is being fined $10,000 over an incident with its public inspection file. The Federal Communications Commission issued a Notice of Apparent Liability to the station for not making its public inspection file available. The notice says KCET “willfully and repeatedly” violated the requirement. KCET is owned by the non-profit Community Television of Southern California, which took the station independent Jan. 1.

An FCC field agent visited KCET’s Hollywood studios Aug. 19, 2010, and without identifying himself as such, requested the station’s public inspection file. A security guard gave the agent a phone number and told him to make an appointment. The guard then denied the agent’s request to speak to a manager. The sequence of events was repeated when the agent returned to the station on the following morning. He then returned in the afternoon, displayed his FCC badge to the guard, who, “after a thorough examination... and several phone calls to personnel inside the building,” let the agent in. The files were found to be in order.

Asked why he was denied entry, the agent was told that the station’s attorney was out at the time, and that available staff weren’t aware of the FCC’s public inspection file access rules. KCET’s security policy requires that people make an appointment before entering the facility. FCC rules require that noncommerical, educational stations provide access to public inspection file materials during regular business hours.

“Stations cannot require members of the public to make appointments to access a station’s public inspection file,” the NAL stated.

The commission said it tolerates reasonable security delays of around 10 minutes, but that outright denial is a violation.

KCET now claims to be the “largest independent TV station in the country,” following the relinquishment of its PBS affiliation. KCET had been Southern California’s primary PBS affiliate for 40 years, but elected to end the relationship over the network’s fee structure.