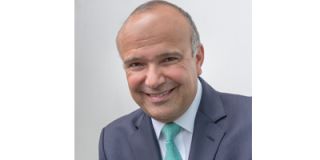 LOS ANGELES— Azteca America, a wholly owned subsidiary of Mexican broadcaster TV Azteca, has named Manuel Abud president and CEO. In his role, Abud will lead the Azteca America broadcast network in the US and its newly created Station Group, managing over 25 local stations, and will report directly to Gustavo Guzmán, Senior ranking member of the Executive Committee of TV Azteca, S.A.B. de C.V., and one of the company’s founders.

Prior to joining Azteca America, Abud was president of the Telemundo Station Group providing leadership to its 16-owned local stations. He has held a wide range of senior leadership positions over the span of his impressive nearly 20-year media industry career. He has played a crucial role in the evolution of news and entertainment within the Hispanic television landscape. His prior positions include president and general manager of several TV stations, president and founder of Mun2, as well as president of CBS Telenoticias. Abud began his career in the Mexican media industry.

Pérez, another veteran in the Hispanic media industry with more than 29 years of experience, was most recently senior vice president of sales and marketing of the Telemundo Station Group. He has also held a number of media industry leadership positions.

Stroud most recently held executive positions at Skyword as director of media and Latin America/U.S. Hispanic partnerships and V-Me Media. Prior to that he held sales positions at Telemundo, Univision and Univision Radio. He was also senior vice president for Azteca America during its first five years.