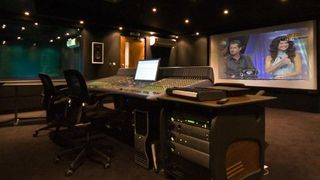 The company produces high-rating shows, including Survivor, Turkey’s Got Talent, and The Voice of Turkey.

These shows are recorded by up to 60 XDCAM cameras and GoPro headcams. Every scene is shot from different angles by different cameras. After the shoot, all materials are ingested into the MAM for automatic metadata tagging, thumbnailing, and storyboard creation, coupled with proxy playback.

Acun Medya uses the Grass Valley Edius platform for editing. A Metus MAM plug-in is used for accessing video assets on the MAM and for importing into Edius projects directly from the Edius user interface. Editor can search assets by metadata or time-code and start multicam editing as soon as ingest starts.

An advantage of Edius is that it can cut the different camera formats without any need to transcode. Metus MAM is integrated with the Edius workstations via a 10Gb network to a 10Gb Supermicro 72+72TB redundant NAS. While the system is capable of proxy-based editing using the SSD caching feature of the storage, the Metus MAM enables the editing of high-resolution clips over 10Gb backbone.

The Metus desktop client can be used to archive, transcode and export finished shows. Moreover, the Metus web client allows browsing and searching of the materials from the intranet or over the Internet.