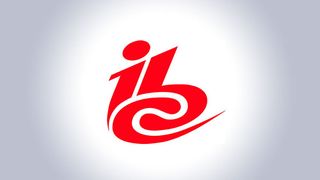 Stand-alone software application enables broadcasters to bring social media commentary into their live broadcasts quickly and easily; gives one or more users the ability to monitor, select, adjust and route social media conversations to broadcast graphics systems either for on-air playback or for storage as data files for later use; multiple instances of SHOUT running across a facility can be used simultaneously by different staff members to view content and moderate the same playback list.

Provides an automatic method of quickly conforming audio to current loudness standards; can be used as a solution for loudness correction, fixing audio that has not been mixed with loudness standards in mind, or in conjunction with a real-time loudness meter to fine tune audio mixed to loudness requirements from the outset; can also be used to ensure that finished files are within specification and performing an in-place fix where errors are found.

Developed for satellite, terrestrial, cable and IPTV applications; designed to provide optimized compression performance, greater flexibility and density, and, with its capacity for four channels within a single 1RU chassis, a consumption of only 70W of energy for each channel; uses the latest generation of the company’s Mustang compression technology to deliver efficiency improvement of 15 percent or more when encoding in MPEG-AVC, freeing up bandwidth that allows broadcasters to run an extra channel per multiplex or transponder.

Now offers a special Max Hold algorithm for localizing unknown sources with a horizontal scan; records up to 400 compressed individual spectra for the spectrogram display and shows the signal strength in color; features the ability to save spectra as reference traces and display the current spectrum as a difference or delta spectrum; designed for outdoor use; can now be switched for optimum visibility in daylight, normal lighting or darkness; weighs less than 3kg including battery.

Adds a built-in audio mixer into the ATEM 2 M/E Production Switcher; audio embedded within SDI and HDMI video inputs, from the switcher’s two media players or from the external audio input, can be mixed for output over both SDI and HDMI program outputs; software interface provides level and balance control for each input; users can either set audio to follow video or perform a direct mix.

Includes monitoring, logging and correction using real-time processing during the playout workflow; uses information fed from a broadcaster’s traffic system to identify whether content has been corrected already; uses segment-aware loudness monitoring and logging, which has been added to Miranda’s Kaleido series multiviewers and is used in conjunction with Miranda’s iControl system.

Ideal for graphics-intensive design, visual effects and editing applications; lets users separate the computer from the working environment and place it in a secure, climate-controlled machine room; consists of a transmitter and receiver pair that captures dual digital video, keyboard, mouse, analog stereo audio and USB signals from the host system and extends them uncompressed up to 2000m over a single fiber-optic cable.

Provides fast preparation of sports highlight clips to better visualize critical plays, the flow of the game and post-game analysis; new features include virtual camera flights between two real cameras, erasing players from the field while the video is still running, viewing a play as it is drawn on the coach’s drawing board, comparing the position and technique of individual athletes, drawing a specific player in color on top of a black-and-white background, and breaking down a play into a sequence of frames to better analyze the player’s movements.

New automated metadata and media preparation workflow accelerates process of acquiring and preparing content and building subsequent offers; enables IBMS to automatically import metadata for large volumes of content, check and retrieve missing metadata from information suppliers, drive transcoders to prepare media for distribution, and create and place offers in the service navigation menu based on metadata values such as genre, resolution and cast.

The SDI- AES- MADI card series has been designed for OB environments; provides a full unrestricted audio crosspoint that allows channel routing between any channels on up to four SDI steams, discrete AES-3ID and AES-10 MADI interfaces; uses standard 1694A cabling, thus eliminating the need for fiber; allows up to 250m MADI receive capability with no signal degradation.

Built on EVS’ unique loop recording technology; with its dual broadcasting and IT networking capabilities, the XS makes recorded media instantly and directly available throughout the production network for simultaneous preview, rough editing, archiving, playback or post production; can be configured with six full 3-D/1080p channels (3G/dual link); can be configured in SpotBox mode to be controlled by third-party systems.

Designed to be a cost-effective SD decoder capable of being upgraded to HD via a software license; supports decoding for either MPEG-2 or H.264, along with up to four audio services; the increased audio handling capability allows distributors to meet descriptive video requirements, while continuing to support surround or alternate language services; supports satellite, ASI and IP inputs; allows operators to demodulate, de-encapsulate, encapsulate and decode simultaneously for local processing and re-encode requirements.

Transports up to six digital optical or six SDI signals over a single fiber, allowing users to transport additional signals easily in situations where there are an insufficient amount of available fibers; enables users to input any digital optical signal, with a data rate of up to 4.25Gb/s, to be received and retransmitted at a CWDM wavelength and launched into the CWDM multiplexer; at the other end of the link, the signal is then demultiplexed and restored, eliminating the need for wavelength-specific units in CWDM applications.

Uses Ravenna technology; allows users to interconnect their entire facility using nothing more than a standard RJ45 connector; once in Ravenna mode, Horus becomes a node on a network, one that can be instantly called to be an input, an output or a combination of both; uses standard network connections, switches and connectors; contains high-quality microphone pre-amplifiers, AES/EBU and MADI conversion in both directions with full remote control of all the parameters.

Provides full control of a wide range of VTRs and other devices; the latest version includes scheduling features and multiple-device control such as MOG mxfSpeedrail, Omneon and K2 servers; supports industry-standard protocols for routers; features a source scheduler application; this enables operators to schedule, access and plan work around any current or future ingest feed.

Based on the Swift Create subtitle and closed-caption preparation system; is dedicated to the creation and playout of audio description; allows broadcasters to increase audience reach by providing access to content for visually impaired viewers; offers an end-to-end approach, comprising an efficient solution for all formats of audio or video description from creation to playout.

Designed for use in broadcast content acquisition, post-production and playout centers; combines the features of a stereoscopic color corrector and legalizer in a single unit; allows unified control of both channels of a stereoscopic 3-D pair; the unit’s adjustable color correction parameters include R, G, B and master gain and lift, as well as selectable master or individual R, G and B gamma control with overall luma, chroma gain, hue rotation and black level.

Designed to provide interoperability with the K2 Summit platform and GV STRATUS, enabling fast-turn production in environments such as news and studios; based on EDIUS Pro 6.5; has native support for raw footage captured with digital cinematography cameras, including those from RED Digital, as well as 3-D editing tools and 3-D workflow support.

Improvements to FORK’s underlying technology — such as FORK Drones, dynamic metadata forms and scripts — increase the software’s stability, reliability and functionality; can manage larger installations more efficiently and operate within today’s workflows for multiscreen delivery; its FORK Xchange Suite companion application is the Web portal into the FORK environment and gives broadcasters and media enterprises instant Internet access to content when and where they need it.

Newest member of the Artemis family of audio consoles; console introduces a new compact processing rack dedicated to delivering digital signal processing and routing capabilities in a 4U enclosure; like all Artemis consoles, Artemis Light incorporates Bluefin2 high-density signal processing and Hydra2 networking technologies in the same compact yet powerful and scalable control surface used by Artemis Shine and Beam; employing the same hardware and software architecture, Artemis Light can be fully integrated with any existing Hydra2 network.

Part of the company’s new Unicam line of multiformat HD cameras; provides 3G-SDI 1080/50p performance; new 16-bit portable HD companion-camera supports not only 1080i/720p, but also 3G signals such as 1080/50p 4:2:2 and 1080/50i 4:4:4; employs advanced new progressive AIT CCD imagers and an all-new digital video processing system; delivers a choice of 1080/50p 4:2:2 or 1080/50i 4:4:4 color sampling; designed for traditional multi-camera production applications; also features a 3G fiber-transmission system from the camera head to its (also new) CCU; transmission options include an HD-SDI QTV signal for teleprompter use and an HD-SDI “trunk channel” that allows for connection of a second camera that doesn’t have its own built-in fiber transmission system.

Designed to capture, edit and play out media from multiple sources easily and quickly; uses the latest touch-screen technology and modular hardware panels to allow multiple users to access multiple server ports over a network; latest versions are AViTA Sports and a Multi-Camera Record and Review application; its engine comprises the core of the system and provides sophisticated video clip management tools with shared databases, multiple play lists and enhanced search facilities.

Note: Stand numbers are provided by IBC and are current as of press time. Every effort has been made by Broadcast Engineering to ensure the accuracy of these listings.