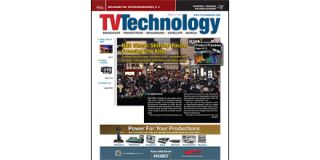 WASHINGTON: Garry Marshall, legendary Hollywood writer, actor, producer and director has been tagged for induction into the NAB Broadcasting Hall of Fame as part of this year’s NAB Show activities. The induction will take place as part of the Show’s Television Luncheon on Monday, April 16.

"Recognizing Garry Marshall for his extraordinary contributions to television history is a tremendous opportunity that NAB is honored to be a part of," said Marcellus Alexander, NAB executive vice president of Television.

Marshall is considered one of Hollywood’s most respected talents, and has received recognition for his accomplishments in the form of the American Comedy Awards Lifetime Achievement Award, the TV Land Legend Award, the Publicist Guild Motion Picture Showmanship Award for Film and Television, and the Writers Guild of America’s Valentine Davies Award.

He is perhaps best remembered for his creation of such classic series as “Happy Days,” Laverne and Shirley,” and “Mork & Mindy.” Marshall began his career as a joke writer for comedians prior to writing for the Jack Paar-era “The Tonight Show.” He later wrote for the “Dick Van Dyke Show,” “The Joey Bishop Show,” The Danny Thomas Show,” and “The Lucy Show.” He has had motion picture acting roles in productions including “Lost in America,” “Never Been Kissed,” and “A League of Their Own.” His film directing credits include “Runaway Bride,” Pretty Woman,” “Valentine’s Day,” and “Nothing in Common.”