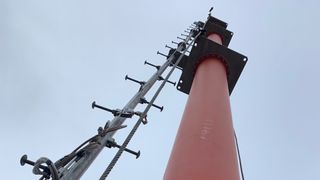 WASHINGTON—There has been some confusion about just when the FCC's TV station repack actually ended—July 3, when the tenth and last phase concluded, according to the FCC's longstanding timeline, or July 13, which the FCC said Monday was the "deadline established for television stations to move off their pre-auction channel assignments."

Actually, it's a little of both, but it takes some explaining.

An FCC spokesperson did the honors:

"When we refer to July 13, 2020, we refer to the overall deadline for channels vacating their pre-auction channels and clearing the 600 MHz Band. The Commission in the Incentive Auction Report and Order created a 39-month transition period that ran from the date the auction closed, which was April 13, 2017, so the transition period ends pursuant to commission rules on July 13, 2020."

"The Commission also delegated authority to the staff to create a more detailed plan to accomplish the broadcast transition. Pursuant to that authority, the Incentive Auction Task Force created the Transition Scheduling Plan, which was subject to notice and comment and was adopted in January 2017. It created a 10-phased transition within the 39-month period to implement the transition. The deadline assigned to phase 10 by the staff was July 3, 2020, which created a few days between the end of phase 10 and the 39-month deadline.

"The staff provided a few extensions from the end of phase 10 to July 13 today at 11:59 p.m. due to unforeseen circumstances, and the stations subject to those extensions are still transitioning within that period which are reflected on the change log on the commission’s website. In addition, there are a few additional stations that received extensions beyond July 13 but those will be completed soon and they do not implicate the 600 MHz band."

The FCC has given that last half-dozen stations until early September to complete their transitions because they do not implicate the spectrum bought by carriers, so the July 13 deadline for turning over the spectrum is still met. FCC Chairman Ajit Pai pointed out Monday (July 13) that they did not implicate that carrier spectrum because the channels were either in spectrum broadcasters are retaining or they were in the duplex gap, which is "buffer" spectrum.

So, as the FCC put it: "[A]ll of the valuable low-band airwaves sold in the ground-breaking broadcast incentive auction are now available for wireless mobile broadband services," as of July 13, which they said was the key deadline, and the one that was met.

But FCC officials added that they knew the job was not yet done until all stations, including some 15% of the 987-station total on temporary channels, were in new permanent homes, something the National Association of Broadcasters seconded in marking the July 13 deadline.