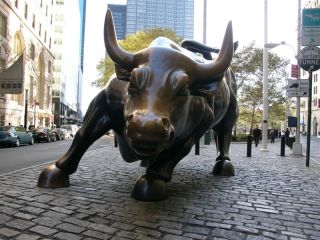 ARLINGTON, VA.: Consumer confidence in technology and the overall economy both increased in April, according to the Consumer Electronics Association. The lobby’s Index of Consumer Technology Expectations--it’s ice tea--increased four points this month to 82.4. The ICTE measures consumer expectations about technology spending. It rose for the second consecutive month and is 10 points higher than this time last year.

“New model and product launches making headlines this month are likely driving consumer interest in spending on consumer tech,” said Shawn DuBravac, CEA’s chief economist and director of research. “New models for traditional categories, together with tablets, smartphones and gaming devices, have raised consumer sentiment heading into the second quarter of the year.”

Consumers are also feeling more confident about the overall direction of the economy. The CEA’s Index of Consumer Expectations--just plain “ice”--rose five points in April to 166.2. The ICE measures consumer expectations about the broader economy, is up for the first time since January and is more than two points higher than this time last year. It plunged in March on concerns of geopolitical instability and the natural disasters in Japan.

“Consumer sentiment improved this month despite continued concerns and uncertainty over the stability of U.S. credit quality,” DuBravac said. “But Americans are feeling more confident about the job market as companies indicate an increasing willingness to hire, easing concerns and leading to greater confidence in the economy.”

The CEA updates its ice and its ice tea monthly with random-digit dial phone surveys of 1,000 respondents. CEA’s been collecting the data since 2007. The indices hold rough parity with the University of Michigan’s Index of Consumer Sentiment.