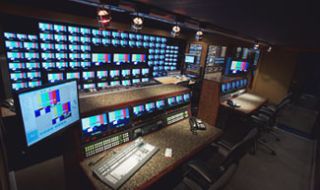 "Our clients require easy-to-use yet powerful solutions for HD video capture and playout, and the Omega HD is a perfect choice. We've been sold on FFV solutions ever since we purchased one of the first SD Omega decks 10 years ago," said Stephen Sharp of Sweetwater Digital Productions. "Not only is the Omega HD a compact unit that delivers top-quality HD services at a very attractive price point, but the fact that it handles SD as well as multiple HD formats is important since our trucks offer multiformat capabilities."

Sweetwater's Omega HD systems alternate between three mobile units. The DVR enables Sweetwater clients to ingest pre-recorded video segments on the fly. These segments, primarily for transition effects, are often too large to be stored in the switcher's memory. The Omega HD then interacts with a controller to play the video clips out on cue as part of a live sports or entertainment production.

"Sweetwater is a great example of the growing role that the Omega HD is playing in mobile production for sports and other live events, as a powerful, lower-cost, and easy-to-use solution for video playout," said Harry Glass, vice president of sales for FFV. "Also, since so much pre-recorded content still exists in SD format, the Omega HD's multiformat capabilities make it ideal for broadcasters who are in the midst of migrating their operations to HD."