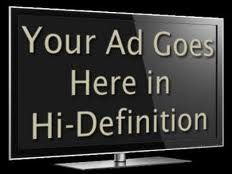 NEEDHAM, MASS.: High-definition TV ads have increased by 50 percent over the last six month according to market researcher Extreme Reach. The firm said that a year ago, HD ads comprised about 10 percent of all TV commercials delivered to broadcast and cable networks. The ratio is now 20 percent, ER’s latest ad trend report found.

“The increase over the last two quarters is particularly significant because growth in HD advertising was much slower in 2010,” ER said.

The company said it found that the most significant hurdles to HD adoption--cost, coverage and complexity-- were being reduced by recent industry shifts. E.g., the use of cloud-based distribution and an increase in the adoption of HD at the local level. ER said the complexity of HD ad management has also been reduced by automation and digital delivery.

“Advertisers had been in a holding pattern for a while when it came to HD,” said John Roland, CEO of Extreme Reach. “The Q2 numbers re-affirm what we’ve heard from advertisers for a while: When key industry hurdles to adoption become less pronounced, you’ll see more and more HD ads on TV.

“A 50 percent increase in deliveries over the past six months is a significant jump. It demonstrates that advertisers both recognize the benefits of HD advertising and are now able to realize those benefits to a greater degree.”