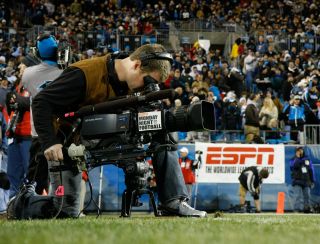 BRISTOL, CONN. and NEW YORK:“Monday Night Football” will remain on ESPN through the 2021 NFL season under a new eight-year rights extension between the sports network and the National Football League. The multiplatform agreement begins in 2014. It covers eight full seasons of “MNF” telecasts, expanded NFL studio programming, highlight rights for TV and ESPN.com, the Pro Bowl, the NFL Draft, enhanced international rights and distribution in 3D.

ESPN and ABC Sports President George Bodenheimer and NFL Commissioner Roger Goodell announced the extension, which has a reported value of between $14 billion and $15 billion.

The TV and digital deal covers the Pro Bowl, the NFL Draft, simulcasting “Monday Night Football” and the studio shows on tablet devices, and 3D distribution, despite recent reports that the network would give up on 3D.

Internationally, ESPN will make Monday Night Football and other regular season games, playoffs and the Super Bowl available to 30 million homes in 144 countries and territories on five continents. Among them: Brazil, the Caribbean, Africa, Middle East, Israel, Australia-New Zealand, and Continental Europe. The agreement also provides the NFL with an option to air a postseason Wild Card playoff game on ESPN should the NFL decide to do so. The deal includes continued Spanish-language rights for “Monday Night Football” on ESPN Deportes.

Monday Night Football debuted in 1970. After a 36-year run on ABC, the series moved to cable sister net ESPN in 2006 as part of an eight-year agreement. During the past five seasons, Monday Night Football has become the most-watched series on cable, registering eight of cable’s 10 all-time biggest household audiences and 16 of the top 20 (excluding breaking news), according to ESPN.