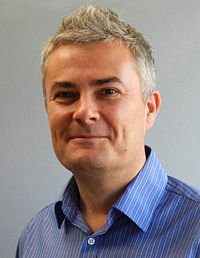 LETCHWORTH, ENGLAND: ATG Broadcast announced a new addition to its management team with the appointment of Clive Northen as chief operating officer. He is based at the company’s administrative and engineering center in Letchworth, England, reporting to Managing Director Graham Day.

Clive Northen commenced his broadcast industry career in 1994 on the staff of Worldwide Television News at its headquarters in the Interchange Building, Camden. He was appointed Bureaux Equipment Manager when WTN was acquired by the Associated Press.

In 2003 he joined Charter Broadcast as Client Manager to develop its rental and flyaway-system activity, progressing to Presteigne as Operations Manager where he was involved in coordinating the company’s relocation from New Malden to Gatwick.