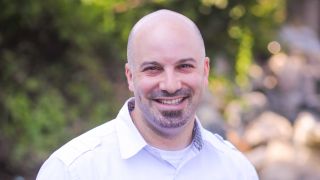 DALLAS—Ark Multicasting has announced that Joshua Weiss, a co-founder of the company, is being promoted to CEO. Weiss replaces outgoing CEO Vern Fotheringham.

Ark Multicasting was founded in 2018 and has focused on NextGen TV technology, including end-to-end IP multicast transmission from origination to end user. They are building out a footprint of NextGen TV stations, reportedly covering 100 million people with nearly 300 broadcast assets.

Fotheringham is staying on with Ark as the vice chairman and as an advisor to Weiss.

“I cannot thank Vern enough for his vision and leadership as we were standing this company up,” said Weiss. “I’m confident that the groundwork he has laid has set Ark up for success. I am so appreciative of his mentoring and leadership.

“I’m especially excited about the many projects we are currently working on that will demonstrate so much of Vern’s original vision with edge caching, autonomous driving and connected car trials, distance learning initiatives and some new IoT projects in the works,” Weiss continued. “We are finally a [sic] time when when these things are becoming a reality through Broadcast Internet Services on the Art Network of stations.”