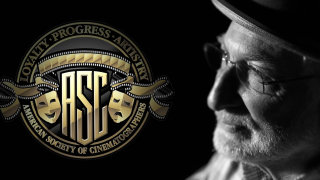 LOS ANGELES—The American Society of Cinematographers’ Board of Governors have announced the results of their recent election for organization officers. Leading the new group is Stephen Lighthill, who was elected to the role of president.

Lighthill assumes the role of president of ASC after after most recently serving as a vice president. He takes over from outgoing ASC President Kees van Oostrum, who had served the maximum number of four terms. This will be Lightill’s second term as president, having previously served from 2012-2013.

ASC members are currently advocating for equal rights and diversity, as well as safe production environments as productions begin to return amidst the COVID-19 pandemic.

“This is a challenging moment for filmmaking in general and cinematography in particular,” Lighthill said. “As an organization, we are making plans to put words into action. Through work of the Future Practices Committee and Vision Committee, I’m ready to lead our Society in responding, and in making our work environment safe, equal and diverse.”

Lighthill’s career includes shooting for San Francisco Bay area news programs, national shows like “60 Minutes,” feature documentaries like “Gimme Shelter” and “Berkeley in the Sixties” and TV dramas such as “Vietnam War Story,” “Earth 2” and “Nash Bridges.” In 2018, Lighthill was recognized with the ASC Presidents Award.