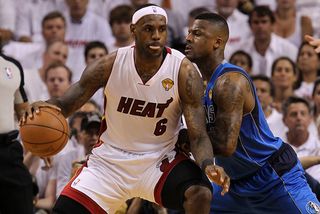 MIAMI: The 2011 NBA Finals Game 6 on ABC generated a 15.0 overnight Nielsen rating, the highest-rated Game 6 ever on the network and the highest overall in 11 years. The Dallas Mavericks put down the Miami Heat 105-95 to win the teams first NBA championship.