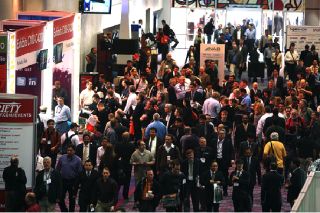 LAS VEGAS: Attendance at the 2011 National Association of Broadcasters Show this year was up 5 percent over last year. The NAB said 92,708 people registered for this year’s show. The head count last year was 88,044 as of the same point in the show. That figure was up around 6.5 percent from 2009, when 82,650 registrations were counted.

Of the total, 27 percent were from other countries. International registration totaled 25,691. The portion was on par with last year’s. A total of 151 countries were represented this year, versus 156 last year.

More hacks attended the show—1,314 versus 1,153 last year. News media folks are included in the total, which is based on pre-show and onsite registration.