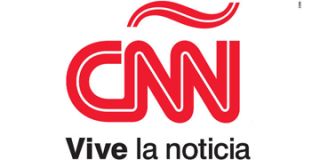 CNN Latino is a new brand extension that targets the growing and diverse U.S. Hispanic market, delivering a broad spectrum of programming that will cover news, lifestyle, documentary, talk and debate as an alternative to traditional Hispanic networks.

“The U.S. market is so diverse and so large that there is room for two distinctive content options,” said Hudson. “There is a real demand for relevant, dynamic, quality programming and CNN Latino is a unique product designed specifically for the growing U.S. Hispanic audience, representing the dual reality of U.S. Latinos today who are multi-generational and proud to be bilingual. The launch of CNN Latino is the first step to bringing this syndicated programming block to local broadcast stations in key Hispanic media markets across the country.”

KBEH will carry CNN Latino from 3 -11 p.m. and will include a locally produced debate show, along with unique lifestyle, documentary and talk programs and will engage with its audience through social media, local events and website. CNN Latino and its affiliate stations will have their own dedicated section on the world-wide Spanish-language website.

“CNN Latino will be a unique television broadcast offering for a significant viewership in the U.S.,” said Tony Maddox, executive vice president and managing director of CNN International.

“We are excited to be the flagship station for this new concept. The Los Angeles market is ready for CNN Latino, a news and entertainment destination that offers CNN-quality programming, and is accessible to a larger audience via KBEH’s powerful broadcast signal,” Robert Behar, president & CEO of Hero Broadcasting.