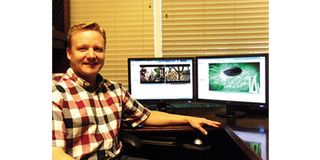 TEMECULA, CALIF.—Outdoor Channel has been using the Volicon Observer digital video monitoring and logging system since 2006. We adopted it to record on-air feed for verification of ads and programming and a way to alert our operators to such transmission errors such as static video or black frames. The Observer was the only system—then and even now—that could provide the sort of functionality we required.

We have extended and upgraded our Volicon systems so that we now have critical functionality such as high-definition video support, loudness monitoring, and NAVE monitoring along with the on-air logging and the air checking utility that has been so valuable to us from the beginning. And after six years, the Observer is still our primary means for detection of any errors in the standard- and high- definition simulcast of our programming, which today reaches 39 million U.S. households.

The Volicon system captures about three months of programming for each of our feeds and is configured to send alerts to control and monitoring systems in our master control facility and to deliver an e-mail alert—including a clip of any suspect content—to our key engineering contacts. Such capability is particularly important, for example, as the nature of Outdoor Channel’s programming lends itself to dark, still scenes for extended periods of time, such as might be experienced in a nighttime hunting trip. With the Observer watching Outdoor Channel’s feeds on a 24/7 basis, our master control room operators may confidently turn their focus towards other tasks.

Outdoor Channel has also implemented one of our older Observer systems for monitoring the next day’s playlist. In this application, the system is configured to record programming played out from the server one day in advance, allowing us to identify and resolve any potential issues before that content goes to air.

On-air broadcasts captured on the Observer system make it easy for our traffic department to locate a video clip and verify for producers and clients that programming and ads were played out correctly from our facility, and that any issues such as audio/video degradation or ad insertion discrepancies were introduced downstream.

MORE ENHANCEMENTS PLANNED
We’re now looking at extending the availability of the Observer interface across Outdoor Channel’s programming and promotions departments. As part of this project, we’re working with Volicon to roll out a platform-agnostic interface that will work across both Mac and PC systems. We’re also looking forward to taking advantage of the Observer’s new mobile capabilities, which will enable our engineers—no matter where they may be physically located—to view any suspect content more quickly and to determine if an issue really exists that requires attention.

Paul Weaver is vice president of operations at Outdoor Channel. He may be contacted atpweaver@outdoorchannel.com.