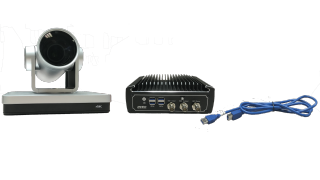 SAN DIEGO—TV/OTT equipment supplier DVEO has crafted a standalone video streaming kit, which it claims can be used to create a live streaming setup in 30-60 minutes.

The streaming kit is also paired with an HDMI camera that supports both 1080p and pan, tilt and zoom. There is also real-time video/audio capturing and mixing, with a multitude of scenes that the user can switch between via custom transitions.

“DVEO ultimately created this kit to provide an affordable streaming kit for everyone to use,” said Laszlo Zoltan, CEO of DVEO.