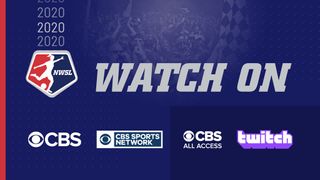 CHICAGO—The National Women’s Soccer League has signed a three-year media rights deal that will see its matches appear both on traditional TV and streaming platforms through CBS Sports and Twitch.

This deal was slated to start with the 2020 NWSL season on April 18, but as the world deals with the coronavirus (COVID-19) pandemic, the league is currently reviewing contingency plans for its regular season schedule. Other sports leagues and television productions have been suspended or limited as a result of the coronavirus.

As for the deal itself, CBS Sports is set to deliver a total of 87 NWSL matches across CBS, CBS Sports Network and CBS All Access in 2020, including the championship game on the CBS Television Network; 71 games were expected to be on CBS All Access, which would also be available to subscribers online, on mobile devices and connected TV devices.

Twitch, meanwhile, is expected to present 24 free, select matches during the 2020 NWSL regular season in the U.S. Twitch will also be the exclusive international media rights partner for NWSL outside of the U.S., making all games available on its platform to global viewers.

NWSL and Twitch are also planning to collaborate on additional content and original programming.