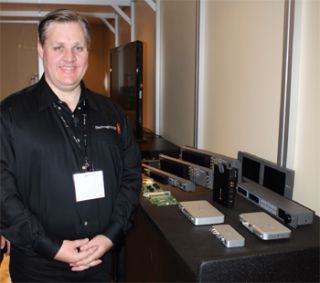 Last fall, Blackmagic acquired the assets of Echolab and at the NAB Show, those assets are finding some surprising new forms. The newly released ATEM Series of routers is available in both 1ME and 2ME versions and can function with or without traditional control panels.

According to Blackmagic CEO Grant Petty, "This is the recorder that's affordable, the highest quality possible, and it uses standard SSD media, so it really is the next-generation broadcast deck." © 2011 NAB