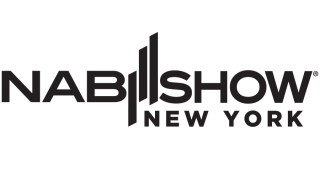 WASHINGTON—The 2020 NAB Show New York, which was slated for Oct. 21-22, is following suit with the NAB’s spring conference and going virtual.

The announcement came in the form of a letter from NAB’s Executive Vice President of Conventions and Business Operations Chris Brown. He said that the decision is based on surveying of the show community and consultation with state and local officials in New York, as well as the Javits Convention Center, where the event was scheduled to take place.

The event will take place this fall, though no specific date was provided at this time.

Among the things expected to be included in the program will be Post|Production World Online, produced in partnership with Future Media Conferences, TVNewsCheck’s TV2025 and other conference programs. Exhibitors are also expected to be able to share product information, demonstrations and make announcements. Educational content and virtual network opportunities will also be provided, per the announcement.

“Our goal for the digital experience is to provide a valuable forum for the industry to restart, refocus and reenage,” said Brown.

Additional details are expected in the coming weeks.

Brown concludes his letter by saying that both the 2021 NAB Show in Las Vegas and 2021 NAB Show New York are expecting to take place in person.

In addition to the spring edition of the NAB Show, IBC and Cable-Tec Expo are among the industry conferences that are going virtual this year because of the coronavirus pandemic.