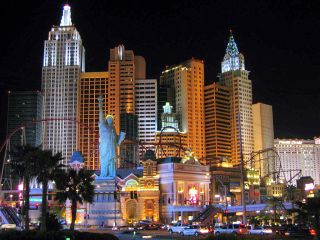 NEW YORK and LAS VEGAS:
Mobility is emerging as the top theme of this week’s Consumer Electronics Show in Las Vegas. CES sets the tone for much of the media industry for the rest of the year. Last year’s theme was 3DTV, and it’s back again this year, but not as breathlessly, three senior analysts from Wells Fargo note. Mobile is the mode du jour

“Consumers are used to watching what they want, when they want it--but still primarily in the home,” David Wong, Jennifer Fritzsche and Marci Ryvicker wrote in a note on what they expect out of CES. “We think one of the big themes this year will likely be mobility of content.”

The questions Wells Fargo has regarding Mobile DTV: How will it make money, and how will people access it? A free service available on current devices via a downloadable app may gain more footage but generate less revenue than a subscription service on a dedicated device.

Other returning show themes: Internet-connected TVs and over-the-top video, or OTT. Both emerged last year as well, and are expected to endure.

“One of the aspects of OTT we think investors will understand better is... how traditional methods of distribution, i.e., cable, satellite and broadcast, can be enhanced by nontraditional methods,” the analysts said.

Advanced set-top boxes are expected to debut at CES, as well as more robust programming guides. The Wells Fargo team says the lack of a good IPG is the “largest user complaint” for cable operators. They noted that Comcast rolled out an iPad remote IPG app that launched late last year and had 350,000 downloads by early December.

As for 3DTV, they said it’s likely to generate some buzz, and even though they think it’s a “very cool technology,” it’s also a little 2010, “and will be overshadowed by Internet connectivity.”

“We believe that for 3D to take off, three barriers must be overcome,” Wong, Fritzsche and Ryvicker said. “One: The 3D glasses are still somewhat annoying. We believe passive 3D is the only way for 3D to become mainstream. Two: The cost of 3D television sets and glasses are still prohibitively expensive. We would need to see prices come down more in line with HDTVs before mass adoption of the technology occurs. Three: There is still not a lot of content provided in the 3D format. Until there is a tremendous amount of demand from consumers, we don not believe content providers will be incentivized to produce the extremely costly 3D content.”