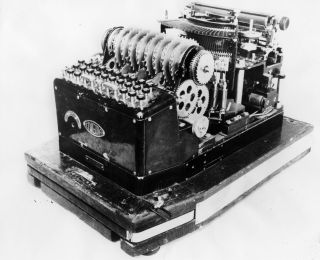 WASHINGTON: The folks hawking mobile DTV have selected cipher that will enable subscription services. The Open Mobile Video Coalition tapped the UltraViolet digital rights locker maintained by Neustar, which provides a buy-once, play anywhere scheme for end users. One of the main reasons mobile DTV proponents say it will thrive in a crowded market is free access, but the business model is shaping up to provide for at least some level of pay service.

“Some content owners require conditional access, even for free over-the-air broadcasts,” OMVC spokesman Dave Arland said. “The selection of Neustar is the next step for mobile DTV, paving the way for a combination of free and subscription programming.”

Before MCV was formed, NBC and Fox executives indicated a preference to charge for mobile video, even though subscription cell-phone video packages have had lukewarm reception from the public. MCV tapped Switzerland’s Nagra-Kudelski for its pay wall and rights management.

In January, the group announced that Dell and Samsung had agreed to make receivers with Nagra-Kudelski encryption. It also aligned with MobiTV, the Emeryville, Calif. company that provides mobile content for cell-phone providers. MCV is picking up applications from MobiTV to combine access to live broadcast TV and streaming video. MCV said it intended to have 20 stations transmitting A/153 by the end up this year.

The third group pushing mobile DTV--the Mobile500 Alliance--was formed last fall of broadcast groups comprising 340 stations in 167 U.S. markets. The Mobile500 was formed to some degree in reaction to the formation of MCV, which excluded the members of the Mobile500. Members include Sinclair, Fisher, Freedom, LIN, Nexstar, Gray, McGraw-Hill, Tribune and others. Former public broadcasting executive John Lawson was appointed executive director in November.

The group is now working on content and consumer device arrangements. More specifics are expected to be announced at the 2011 NAB Show in Las Vegas next month.