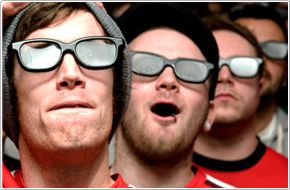 A test center has been slated to open later this month, which will verify the compliance of any products manufactured under the new Full HD 3D Glasses Initiative license program-within the Initiative's specifications.
~ Deborah D. McAdams