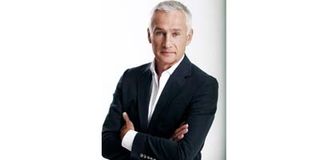 WASHINGTON—The National Association of Broadcasters announced that Jorge Ramos, broadcast television journalist for Univision and now Fusion, will receive the NAB Distinguished Service Award during the 2014 NAB Show. Ramos will accept the award at the opening keynote session, sponsored by Blackmagic Design, on April 7 in Las Vegas.

“For nearly 30 years Jorge Ramos has been one of America’s leading broadcast journalists, establishing himself as one of the most recognized and respected figures in Hispanic television,” said NAB President and CEO Gordon Smith. “In honor of his positive contributions to broadcasting, we are delighted to present Mr. Ramos with the Distinguished Service Award.”

When Ramos started at Noticiero Univision in 1986, he became one of the youngest national news anchors in the history of American television. He also hosts “Al Punto,” Univision’s weekly public affairs program, and provides daily radio commentary for Univision Radio. In 2013, Ramos brought his unique sensibility to an English-speaking audience for the first time with “AMERICA with Jorge Ramos” on Fusion, a new network launched by Univision and Disney/ABC Television Group. Ramos has appeared on the Time magazine list of “25 most influential Hispanics in the United States” and the Newsweek list of 50 top political and media figures.

In 2002, he created the first book club in the history of Hispanic television: “Despierta Leyendo” (Wake Up Reading) as part of his efforts to promote literacy among Latinos.

Univision Network reaches 96 percent of U.S. Hispanic households. It is one of the top five networks, regardless of language, and the most-watched Spanish-language broadcast television network in the U.S. Univision local news is the number one rated overall newscast in many markets for all audiences regardless of language.

The NAB Show Opening will include a question and answer session with NAB President and CEO Gordon Smith and Univision Chairman Haim Saban and Smith’s “State of the Industry” address.