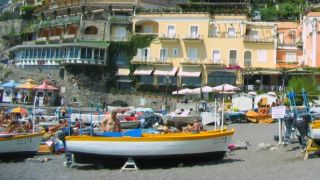 Italy’s pay TV may be in decline, but the country has at last joined the U.K. and Finland as Europe’s only countries to be all digital for TV. There is also some good news in the increase in number of digital terrestrial channels, along with a growth in ratings for thematic broadcast content, reflecting perhaps rising Free to Air (FTA) viewing during the economic crisis.

But, in common with the other southern European Mediterranean countries of Greece, Spain and Portugal, Italy has experienced a sharp decline in pay-TV subscriptions since the end of 2011. During 2012, Italy lost 428,000 pay-TV subs and Spain 350,000, and since then, further losses have been sustained. According to Italian analyst firm ItMedia Consulting, this has dragged back the whole European TV market, which grew by only 0.9 percent in 2012 to reach €95.1 billion, while advertising revenues were down almost four percent to €31 billion.

These trends are causing pay-TV operators to focus more on driving up ARPU among premium customers and accepting that the subscriber base will erode at the bottom end, rather as has happened in North America. It is also persuading them that while premium content is necessary for customer retention and for maximizing ARPU, it is not sufficient on its own. The overall experience must also be improved across all dimensions, including the UI and multiscreen extensions.