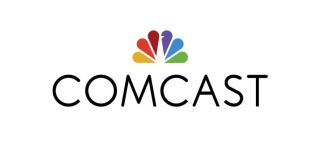 FAIRFIELD, CONN. – GE announced the sale of its remaining 49 percent common equity interest in its joint venture with Comcast, which includes NBCUniversal, as well as the NBCU floors in 30 Rockefeller Center, for $18.1 billion.

Under the terms of the transaction, GE will sell its remaining 49 percent common equity stake in the NBCU joint venture to Comcast for $16.7 billion. GE will receive $12 billion in cash, $4 billion in Comcast guaranteed debt, and $0.7 billion of preferred stock. Additionally, GE Capital will sell the NBCU occupied floors in 30 Rockefeller Center, and property in Englewood Cliffs, N.J., to NBCU affiliates for $1.4 billion in cash. The transaction has been approved by the boards of directors of GE and Comcast and remains subject to customary closing conditions, which are expected to be satisfied before the end of the first quarter of 2013.

The joint venture includes NBCU’s cable networks, filmed entertainment, televised entertainment, theme parks, and unconsolidated investments, and Comcast’s cable networks, including E!, Versus and the Golf Channel, its ten regional sports networks, and certain digital media properties. An agreement announced by the two companies in December 2009 reduced GE’s holding in NBCU from 80 percent to 49 percent and made Comcast the majority partner. GE used proceeds from that transaction to make strategic acquisitions in its Energy and Oil & Gas businesses, which have performed well.

GE does not expect this transaction to materially impact the overall earnings framework for 2013. GE expects the pre-tax gain from the sale of its remaining NBCU interest of approximately $1 billion to be offset by restructuring in 2013. Due to the accelerated restructuring plan, cost savings should exceed the previous target of $2 billion through 2014. GE expects earnings previously forecast from the NBCU joint venture to be replaced by the effects of share repurchases, cost reductions, and earnings growth in its industrial business, for both 2013 and 2014. In addition, GECC expects the $0.5 billion after-tax gain from the sale of property to be allocated to accelerating non-core asset reductions.

“We are very pleased with the investment we have made in NBCUniversal, which generated a return of 14 percent over more than two decades, “ said GE chairman and CEO, Jeff Immelt.