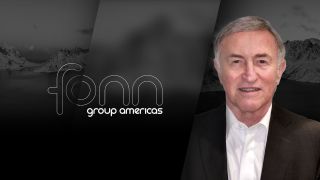 NEW YORK—Norwegian-based Fonn Group is setting up shop in the U.S. with the launch of Fonn Group Americas, which will be led by Isaac Hersly.

Fonn Group Americas will be a regional operation based out of New York that is tasked with bringing Fonn Group’s Mjoll and 7Mountains brands to the North and South American markets.

Hersly is the former founder of Vizrt. He also previously served as the president and chief operating officer of Chyron, as well as spending time as the vice president of ABC Owned TV stations.

“Fonn Group companies Mjoll and 7Mountains are disrupting the media technology market with a new breed of tools for journalists, editors and producers,” said Hersly. “The solutions are built on modern, web-based technology and have the end user in mind. The U.S. broadcast and media production markets are ready for streamlining their workflow utilizing cloud and AI tools and this is where we can help.”