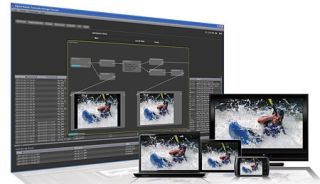 Digital Rapids will show its broad range of multi-format ingest, encoding, archive, and streaming systems, many of which have new features and refinements.