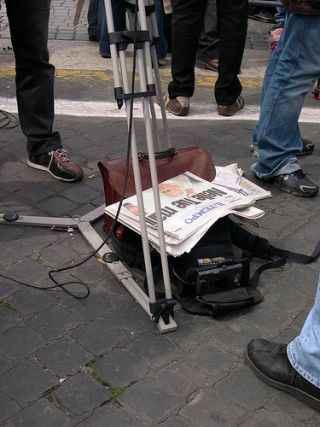 WASHINGTON: Broadcasters asked the FCC to ease media ownership restrictions in a flurry of filings on the commission’s 2010 Quadrennial Regulatory Review.Nexstar, Media General, Tribune, LIN, Hubbard, Gray, Fox, Sinclair, Hearst, Belo, the National Association of Broadcasters and the Coalition of Smaller Market Television Stations all weighed in yesterday, the deadline for filing comments.

The Coalition is made up of 10 station groups with 118 stations, none of which are in the 50 largest. It asked the FCC to factor in other media platforms when considering duopoly rules preventing multiple-station ownership in most markets. The current rule structure accounts only for TV, radio and newspaper operations. The Internet is not factored in.

Media General, which owns 18 TV stations and multiple publications, lobbied for a complete elimination of the rule prohibiting in-market ownership of newspapers and TV stations by the same entity. I.e., the newspaper-broadcast cross-ownership rule.

“The NBCO rule is an anachronism, no longer supported by any logical facts,” Media General’s filing said. “But it is not just an innocent relic of the past. It is an actual, serious detriment to the broadcast and newspaper industries, and it hurts consumers and local communities, particularly small- and medium-sized markets, the ones most jeopardized by the pinch of today’s lower revenues and the higher costs of news gathering.”

“It is imperative that the commission permit common ownership of two TV stations in medium and small markets, regardless of ‘voices’ and ‘rankings,’” Nexstar’s filing said. “Otherwise, the commission’s longstanding policy goals of competition, diversity and localism will fall victim tothe competitive pressures facing medium and small broadcasters in today’s hypercompetitive media marketplace.”

The National Association of Broadcasters said it supported “modest” media ownership reform in the way of allowing cross-ownership and duopolies in all markets. The group said broadcasters must be able to form “competitively viable ownership structures” to survive. The NAB’s comments pointed out that broadcasters go up against cable operations with dual revenues streams and not subject to FCC ownership rules.

“It is untenable to maintain broadcast-only restrictions on the assumption that common ownership of stations could somehow reduce the ability of consumers to access diverse information or harm competition in the information marketplace,” the NAB said.

The case against easing cross-ownership and duop rules is that consolidation will negatively impact media diversity. The United Church of Christ, Prometheus Radio Project, Media Alliance, the National Organization for Women, Common Cause, the National Hispanic Media Coalition and the Benton Foundation joined in asking the FCC for tighter ownership rules.

“The commission should lower the numerical limits for radio station ownership to create more opportunities for minorities and women to enter the radio business,” the group filing stated. “It should also close loopholes in the newspaper-broadcast cross-ownership rule.”

The filing requests the FCC investigate shared services agreements and news arrangements among local TV stations, and consider digital multicast feeds in making its duopoly determination. It calls for the elimination of the rule that discounts the audience reach of UHF stations by 50 percent for determining the national audience reach ownership cap of 39 percent.

“The digital transition has rendered the UHF discount moot because UHF stations are now comparable to VHF, and in fact, many former VHF stations have changed to UHF,” the filing stated. “If the FCC fails to eliminate the UHF discount, large group owners may try to expand their audience reach in contravention of Congressional intent.”

The filing implored the FCC not to change its rules “simply because some stations are experiencing short-term economic difficulties.”
-- Deborah D. McAdams

See...
May 25, 2010: “FCC Officially Launches Media Ownership Rule”
The FCC’s media ownership notice initiates a query to determine whether current rules promote “competition, localism, and diversity.” The NOI asks for input on several issues, including whether the aforementioned items are promoted by current law and how these concepts can be measured...