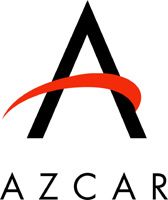 MARKHAM, ONTARIO: AZCAR Technologies has gone out of business, according to a statement from the company’s U.S. counselor, Patrick W. Carothers. The broadcast systems integrator has “ceased business and [will] be operated under the control of a chief liquidation officer,” the statement said. It’s not clear if AZCAR is in the Canadian equivalent of Chapter 11 bankruptcy. The statement also indicated that the directors had resigned, but did not provide details.

AZCAR, which traded on the TSX Venture Exchange for small cap stocks, had 15,566,350 common shares outstanding as of this morning. The stock hit 3.5 cents Canadian today before trading ceased at 10:51 a.m. ET, leaving the company valued at just $545,000.

The most recent financial release available online is for the first quarter of 2010, when AZCAR posted revenues of $13.3 million and a net loss of nearly $3.9 million, or 25 cents a share, compared to a net loss of $1.2 million or 8 cents a share in 1Q09. The increased loss was attributed to “the continuing deterioration in market conditions worldwide,” plus severance and impairment charges. Google Finance does have results for the third quarter of 2010, but no accompanying source from the company to confirm revenues of just $5.85 million and a net loss of $1.35 million.

Reuters lists compensation for AZCAR’s top executives as $355,400 for founder, chairman and CEO, Stephen Pumple; $339,800 for president and chief operating officer Gavin Schutz, and $235,600 for Bill Frazier, senior vice president of sales. (These are 2009 salaries figures according to an individual familiar with the company who said executives took a 50 percent cut in pay for 2010.)

The company was founded in 1974 and went public on the Alberta Stock Exchange in 1995. It moved to the Toronto Exchange, from which it was delisted last year when its market cap fell below the required level. AZCAR subsequently resumed trading on the TSX Venture Exchange.

AZCAR helped design digital infrastructures for several large TV operations in the United States, including the Turner Entertainment Network, Fox Networks, Univision TV stations and Sinclair Broadcast Group. The company has not yet provided details about how ongoing projects will be handled.
-- Deborah D. McAdams