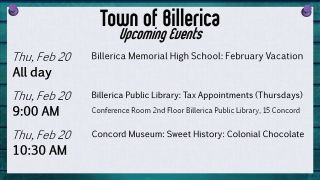 Cablecast is a broadcast automation, playout and streaming platform that allows users to reach both traditional and cord-cutting audiences. With the combination of Burbio services, media centers can now easily update hyper-local community event information, including from school districts, governments, libraries, nonprofits, businesses and sports leagues. Users can set their own specifications within the Cablecast CG and Carousel user interface on what Burbio sources to draw from, and how long they appear in the bulletin.

Tightrope reports that the Massachusetts-based Billerica Access Television station is among the first media centers to implement the Cablecast-Burbio combination.

Both Tightrope and Burbio will highlight the technology at the 2020 NAB Show in Las Vegas from April 18-22. Tightrope will do so from Hospitality Suite 739 at the Renaissance Las Vegas Hotel, while Burbio will exhibit as part of the Sprockit startup hub in the North Hall of the Las Vegas Convention Center.