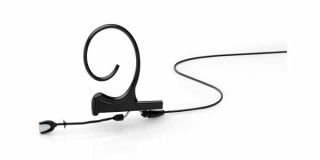 The d:fine series of headset microphones feature consistent audio performance at sound-pressure levels ranging from a whisper to a shout, as well as gain before feedback and stable construction. The mics are available either as omnidirectional or directional, and include mic boom mounted on either a single-ear mount or a dual-ear mount.

DPA’s d:vote range of instrument microphones is intended for live performance and broadcast environments. Building on the 4099 instrument clip mic series, d:vote has an enhanced shock mount designed for better absorption. The d:vote instrument microphones also have a detachable cable available in either heavy duty 2.2 mm (0.087 in) and 1.55 mm (0.061 in) diameter versions. Further flexibility is available through a 50 percent extension unit for the gooseneck.