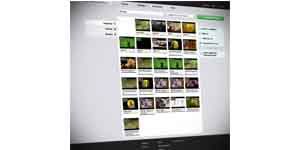 SECAUCUS, N.J.—Panasonic announced this week that it will sell the Aframe cloud video production service through its resellers. The announcement enhances a relationship announced last year and will allow Panasonic customers to purchase licenses to use the Aframe service to streamline P2, AVCCAM and all file-based workflows through the cloud, as well as smaller file sizes as P2 expands to AVC-Ultra.

Panasonic will begin selling Aframe through its authorized video resellers starting Jan. 28. Annual accounts will start at a suggested list price of $1,200 per year for the first two seat licenses. Additional seats can be added two at a time for the full year, or in blocks of four to support three month projects.

Based in London, with U.S. headquarters in Boston, Aframe customers have included the BBC, MTV, film and TV production firms, corporate video departments and ad agencies in Europe and the U.S. since its launch in 2009. Aframe allows its customers to share, search and collaborate without on-site equipment or full-time staff, with only a broadband connection. The service allows for any original, large broadcast quality video format in any length to be uploaded, including uncompressed raw footage. The private service is also highly secure and features an easy-to-use interface.

"Video professionals want to get content out of their cameras and media asset management systems and into the cloud where they can back it up, share it with team members around the world and organize it into breakthrough creative even faster," said Mark Overington, president of Aframe North America "We're honored to partner with Panasonic in helping video producers to streamline their entire production workflow by making smart use of cloud computing."