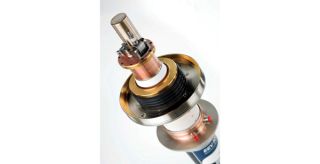 PHOENIX: When I first started my career in field service some 25 years ago, I was sent to work on a transmitter installation equipped with EEV klystrons. Since that time, I’ve installed numerous E2V klystrons, IOTs and thyratrons, both as a field engineer and end user. In all those years, I can’t recall ever getting a defective device from E2V.

I do recall the time when I had to visit another tube manufacturer, as they were having problems delivering tubes. They would manufacture 10 tubes, but maybe only three or four would be useable. Other problems I often observed were klystons with low gain and ones which wouldn’t tune properly. (I was told this was due to particles of copper getting embedded in the ceramic of the input area of the tube.)

Another manufacturer whose product I used had problems with the tube shipping containers they used for new tubes. At one site, two of six new tubes were dead on arrival and had to be replaced due to damage in shipping. I really haven’t ever encountered any of these problems with E2V tubes.

We’re currently using E2V IOTD2100s, which I find easy to tune. They also come with a long life that’s very trouble-free. Actually, we have some of these tubes that have been in service for more than 10 years. Not having to replace tubes every few years helps our company’s bottom line, as well as not taking time away from today’s limited station engineering staffs. E2V also helps a station’s bottom line by first recommending repairs rather than replacement. In one case, I was able to return a defective IOT and input cavity to E2V and they were able to repair both for significantly less than the cost of new parts.

I’m also really impressed with E2V as a company. While many other manufacturers have chosen to all but abandon the broadcast market, the E2V company continues to provide innovative products that broadcasters need to remain competitive. And even with the current economy that’s forced many companies to cut staff, E2V still provides firstclass customer support, even after regular business hours.

Power tubes are really big ticket items, and hopefully yours will keep running for a long time. However, when you do need a replacement, it’s comforting to know that E2V almost always has the spare you need in stock and can get it out to you without delay.

NO THIRD-PARTY RUNAROUND
Another good thing about doing business with E2V is that there are no middlemen involved.

I recall an occasion where I purchased a thyratron from one of E2V’s competitors through a reseller. I discovered that this new thyratron had a problem, and spent several months going back and forth between the reseller and the manufacturer before both parties admitted there was a problem with the tube and I got a replacement. I’ve never had a problem like that since I’ve been using E2V tubes. When you purchase a device from E2V, you’re able to purchase it directly from the source and not have to deal with a third-party reseller and all of the complications that involves.

Ben Endow is a broadcast engineer with more than 30 years of experience in working with high-power UHF transmitter tubes. He has worked for Varian, Harris, USA Broadcasting and the Univision television group, and is currently RF supervisor for KTVK and KASW, subsidiaries of the Belo Corp. He may be contacted atbendow@azfamily.com.