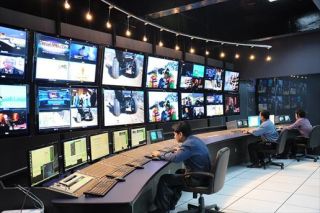 “Pebble Beach Systems is a perfect fit given our focus on product leadership and it will enable us to offer our global broadcasting clients a complete scene-to-screen solution. Additionally, the acquisition fits perfectly into our long term strategy of acquiring software and services capability that we hope to drive recurring revenues for the group,” said John Hawkins, Vislink’s executive chairman.

Vislink says the acquisition of Pebble Beach Systems will move it into the provision of software solutions for playout. The company’s existing product line focuses on wireless communication systems for the capture of live TV coverage of news, entertainment and sports. It will now include television automation and media management services for broadcast studios. Vislink says that in turn, Pebble Beach Systems will gain from “significantly increased sales channels through the global network of over 900 broadcasters with which Vislink works, as well as its international network of offices.”

Pebble Beach Systems will continue to operate as a standalone unit within the Vislink Group and its founders, who will continue to manage the business, will be staying with the company and assisting Vislink in expanding its software capability as a group.

Founded in 2000, and employing over 60 staff, Pebble Beach Systems is a developer and supplier of automation, channel-in-a-box and content management solutions for TV broadcasters, cable and satellite operators. The business is headquartered in Weybridge, Surrey with offices in the United States, Dubai and Singapore.

Application will be made shortly to the London Stock Exchange for 4,700,904 new ordinary shares to be admitted to trading on AIM pursuant to the vendor share consideration. It is expected that admission will become effective on March 25, 2014.

Following the issue of the 4,700,904 new ordinary shares, the issued share capital of the company will be 118,603,134 ordinary shares of 2.5p each. This figure may be used by shareholders as the denominator for the calculations by which they will determine if they are required to notify their interest in, or a change to their interest in, the share capital of the company under the Disclosure and Transparency Rules.