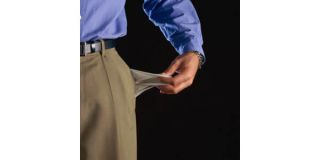 WASHINGTON: Salaries in the broadcast TV news business rose just 2 percent in 2011, according to the latest survey from the Radio Television Digital News Association.

“While staffing in TV news soared, salaries did not,” wrote Bob Papper, professor of journalism at Hofstra University and author of the survey. “Local television news salaries rose 2 percent during 2011. That thin margin of growth suggests that a lot of the hiring in 2011 took place among relatively young, less expensive staffers.”

Among TV news personnel on the high end, news directors were at the top, with a median salary of $87,000. (Papper said the median was “typical.”) Assistant news directors were next, at $69,700. Anchors ranked fifth in salary, taking home an average of $64,000 a year—down 8.5 percent from the previous year. Meteorologists were next, at $60,00 a year.

News staff at smaller market stations generally made less than those at larger market stations, but salaries for more than 75 percent of positions in markets 150-plus increased. This compares to just half of the jobs at the biggest stations.

“All told, 78 percent of the TV newspeople hired in the last year were replacements for those who left,” Papper wrote. “Twenty-two percent were new hires. That's a big jump—9 percent—in new
hires.”

The survey was conducted during the forth quarter of 2011 among “all 1,735 “operating, non-satellite television stations and a random sample of 3,000 radio stations.” A total of 1,238 TV stations responded; 260 radio news directors representing 743 stations responded.
~ Deborah D. McAdams